My life is full of Rhetoric. Is yours?... See what I mean? Questions and comments that are not expected to be answered. So many comments, questions, or statements are directed toward me that I don’t have time to answer. (That’s my story anyway). It takes me a while to process the comment and formulate a return so I stay behind. By the time I have a response, I am already behind by two more. It never seems to matter though. No one is actually listening to my response. They just want me to make one. 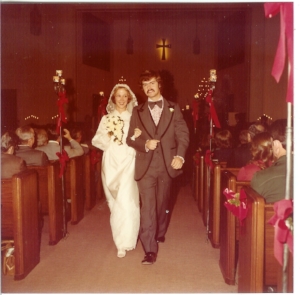 This situation is never more evident than with Anne, my wife of 89, I mean 39 years. You notice that I did not say when I am talking to Anne, or when I am around Anne. Being in a conversation or even in the vicinity of my lovely wife is not a requirement for her to be communicating with me (thank you cell phones, texting, emails, social media and telepathy).

When Anne talks, she often does not want my input regardless of whether she is asking a question, making a statement, looking inquisitive or talking to the dog. However, she wants and deserves my full attention when she is dissertating. She can monitor my attentiveness while expounding a subject and transition into the next before I comprehend the first. What gets me is that I still fall for the notion that she wants me to opine. It is a losing proposition.

Actually, many times, I do not respond and then I get in trouble for ignoring her. Then when I do respond, I am wrong. As David Cooley quotes, “If a man says something in the woods and no woman is around to hear him, Is he still wrong?” Can I get an Amen?

My kids ask me things out of respect for the elderly. They humor my answers as early onset senility. They will accept my instruction how to change a flat. However, on life issues, they know best at a much younger age. They, like the rest of us, already have the answer. They are just making polite conversation. Either that or they are bored and looking for a good laugh.

If I answer a general question that may have been posed to the room, I get a look like I am interrupting a private conversation. The look can also be interpreted as “What in the world are you talking about? Is that really your solution?” It reminds me of my older brother’s position on all of our childhood conversations; “If I want something from you, I’ll beat it out of you”. 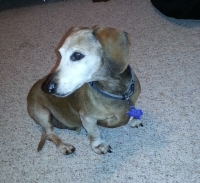 If I respond to a comment, the similar look might say, “Mind your own business and keep your opinion to yourself.” Followed by the real answer which is so obviously not worthy of challenge that even the dog knows it. I look at the dog and he raises his brow and turns his head or looks down his long nose at me as an inferior being (which I surely am).

As for me, I often speak to people who cannot hear me. Consider people on the TV or radio for instance. I express my opinion and they do not need to respond. I know that I am right. Other drivers on the road who do not respect my preferential right to the road get addressed frequently. If they could only hear me (I am careful that they can’t), I would probably regret it very much if either of our windows were open. They obviously do not recognize me in my vehicle. Otherwise they would give me the right of way, get over and speed up. Traffic signals and speed limit signs also get addressed. I look at all of them as if I expect a response. However, if one of them (not a sign) glances my way, I just smile innocently.

I am still trying to figure out when I am supposed to respond and when I am to remain silent. I am to look concerned or at least interested which is hard to do when you are actually listening to the news. I have learned that I should hear and respond to a comment made from another room on another floor behind a closed door with the hair dryer running and the stereo cranked up while I am preparing a report for a client in my office. I should have known that she would be talking to me. The other day, I heard some muffled comment and traced the sound to the kitchen where Anne was preparing a delicious soup for a cold day. Not looking my way, she asked a fairly easy question and paused. Being the good husband and proud that I knew the answer, I responded quickly and obediently. Anne turned and faced me with a look that told me she was on the phone using her Bluetooth. She was not talking to me. The one time I heard the question, knew the answer, and responded appropriately; and she was not talking to me! Maybe next time. I’m sure I’ll get another chance.